Engineering a future for Palak 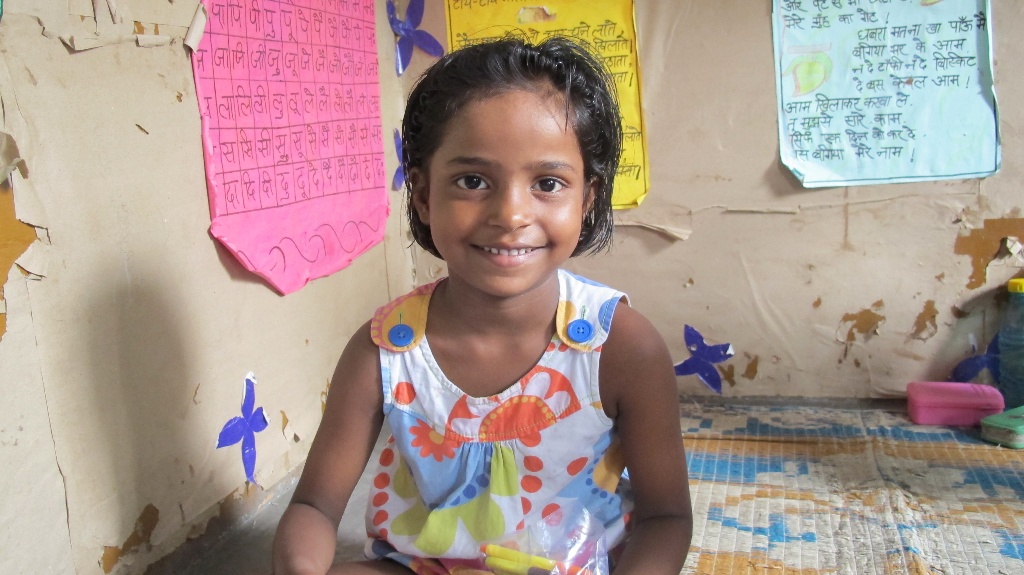 Palak is 5 years old and in the first grade. She recently started attending school at a Pratham center is not yet as confident as other students in her class. Her family includes her parents, and four older brothers, all of whom she is very close to. All her family members went to school and are now employed in different fields.

Pratham staff asked Palak what she has enjoyed and what she has found challenging so far in what she has learned. She mentioned that she greatly enjoys counting and learning more numbers as that always make her feel smarter. She has recently learned alphabets in upper case but finds it difficult to remember them in lower case. She says she retains the information she has learned thanks to a chart at the Pratham center which has each letter, an image of an object starting with that letter, and the sound that the letter makes in Hindi. As Palak is new to the Pratham center, she is unfamiliar with all the letters on the chart but she tries hard every day to learn the letters with her teachers.

Her brothers are able to speak and understand basic English and they always motivate Palak to put in as much effort as possible into studying. Palak wants to grow up and be a part of the engineering industry because her oldest brother, who she looks up to, works in that industry. In her free time, rather than playing, she studies so she can catch up to the level of the other students in her class and someday be like her brothers. She says that the Pratham center has helped her acquire a greater understanding of what has been taught in school and she is gaining confidence in her abilities and self.

Thank you for donating to Pratham and helping children like Palak.