Smita loves showing off what she has learnt 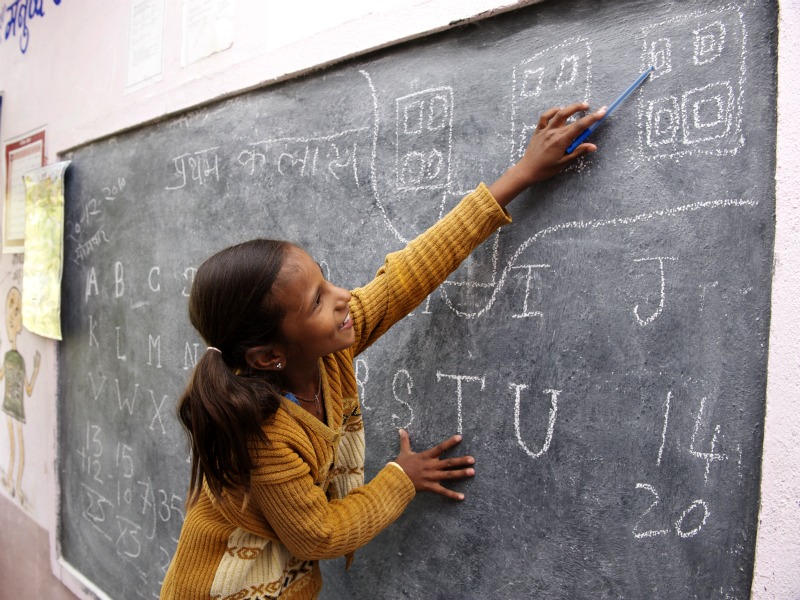 Dear Craig, David, David, Dwayne and Terese, Lesley, Dennis, Chris and Emily, Howard, Jeffrey, Jeffrey, Jerame, Katherine, Ted and Pam, and Tom,
Eight year old Smita from Bhopal was enrolled in a local school, but she just did not like attending school since she thought it was “boring”. Rather than go to school and listen to teachers drone on about things she didn’t care about, she preferred to stay at home and play with her younger brother.
Things, however, started changing once she was enrolled in Pratham’s ‘Read India’ program. She now enjoys playing with numbers and words, and finds that more “fun” than the other games she used to play. She often gets to demonstrate what she learned in her ‘Read India’ class at school, which boosts her confidence.  Smita now realizes that the sky is the limit for a girl like her.
Your donations, Craig, David H (x2), David T, Dwayne and Terese, Lesley (x2), Dennis, Chris and Emity, Howard (x3), Jeffrey R. (x2), Jeffrey C, Jerame, Katherine, Ted and Pam, and Tom would ensure that Smita, and 19 other children like her are enrolled in Pratham’s Read India program where they are provided need-based instruction in reading, writing and basic arithmetic to bring them to the literacy levels expected of children their age.

Thank you, for doing your bit to ensure that ‘every child in India is in school and doing well‘.